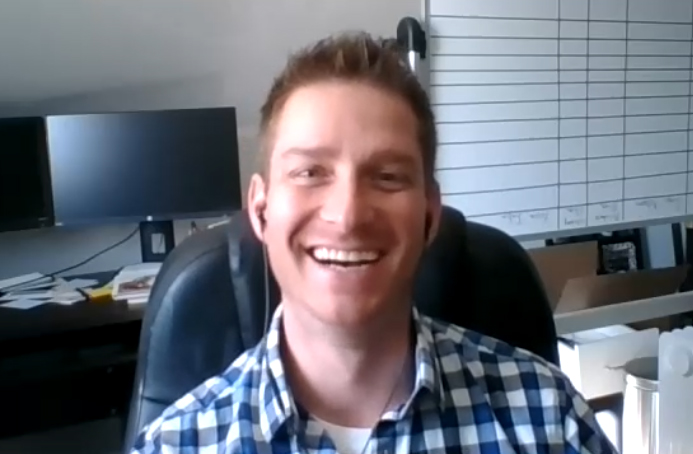 By mid-2018, he was making decent money and had a few flips going simultaneously, but he was doing all the work himself and it was eating up his evenings and weekends.

“Everything was operating at 50%,” he says. Nothing was great.

He joined the 7 Figure Altitude mastermind group around that time.

He currently has 5 flips underway and is closing on several more.

And more importantly, he’s been able to step back and take his family on some vacations while freeing up more of his time.

Well, yes… but there’s a bit more to it than that.

I asked Kyle to join me on the podcast today to share his top success habits… the daily practices and mindset shifts that have made him successful.

And we DID get into that.

But the conversation ended up going a different direction than I expected.

And just like all of us, there are things he’s still struggling with right now.

We’re all on a journey.

We’re all still learning and growing.

And the only way to TRULY grow is to be open and vulnerable.

There’s a LOT we can learn from Kyle’s story and from what he had to say in this interview… so let’s dive in!

Links and ResourcesReady to get more off-market houses? Learn how YOU can create a CONSISTENT, REPEATABLE marketing system that brings you MOTIVATED SELLERS... in just 5 DAYS... inside the "5-Day Marketing Blueprint Challenge!" This LIVE challenge starts August 16th and it's FREE to participate... sign up now!

Flip Hacking LIVE tickets for October 2021 are available now… and seats are filling up fast. If you want to learn the exact systems and strategies the nation’s top house flippers and wholesalers are using to flip 100s of houses per year, reserve your spot today. Hit the link below to sign up!

If you’re an experienced real estate investor and you’re ready to get around a community of active house flippers and wholesalers who will support you, hold you accountable, and push you to set goals that inspire you as you grow your business, check out 7 Figure Altitude and see if it looks like a good fit. If it is, I invite you to fill out a quick application to join. If you have any questions, reach out!

Want to continue your house flipping / wholesaling journey? Here are a few more resources to check out…

Facebook Group: We’ve built a community of serious investors who are learning and growing their businesses together. Join the Group on Facebook: https://www.facebook.com/groups/fliphacking/

7FigureFlipping.com: Learn more about who we are, our mentoring groups, upcoming events, and the causes we support at our website. Plus, grab some free downloads and other materials to help you on your real estate investing journey! Click Here: https://7figureflipping.com/

Find out EXACTLY what you need to be working on TODAY to do more deals, make more money, and free up your time.

Take The Quiz Below!