I want to give you one of my hacks that will help you beat out the competition and close on a deal sometimes for even less than your competition.

There is a section you can add to a contract called Escrow Holdback.

What is an Escrow Holdback?

An Escrow Holdback is when we sign the contract and buy the house, but hold back some money to allow the sellers of the house to stay in the house for some time after the contract is completed.  When they move out, they get the remainder of the money.

Why is this so important?

We often work with distressed sellers that have a very specific need. If you listen to them and find out what this need is,, you can use an Escrow Holdback to offer a solution only you can provide. If you can solve their problem you are going to win the deal.

Some common concerns we often hear are:

“I don’t have money to move”

“I have to buy another house before I can sell”

“I am completely broke, I can’t buy another house”

These sellers typically don't have a lot of cash on hand; their house is the one asset they have. They are often considering selling because they have a specific monetary problem that needs to be solved such as medical bills, facing foreclosure, or a need to downsize. Selling their house will help solve this problem but they generally don’t have a place lined up to move to, and therefore the stress of an immediate move out is enough to inhibit the sale.

How does Escrow Holdback provide solutions?

Based on the unique need of the seller, you structure a contract that benefits and protects you while simultaneously meeting their needs. It’s all in the negotiation with the seller.

Let’s look at an example of the problem ‘I need to buy another house and currently have nowhere to go.’ They are selling for $200,000 and want to buy another house for $120,000. They need to close the sale on this house to buy their new home. We tell them, ‘we can help you work this out.’ We ask the question ‘How much do you need to move?’ If the answer is $120,000, we agree to give them that money and leave them in the house for an agreed amount of time in which they can buy another home and move out. We hold back $80,000 in Escrow. Say it takes two weeks for them to find and close on their next home, we give them a week after the contract on their new home is closed to move out.  It saves them a whole host of headaches including having to find a storage to put their stuff into, stay in a hotel during the crossover time, and all those other factors that are stressful and inconvenient in the moving process.

Let’s look at the problem ‘I don’t have any money to move,’ (I hear this all the time).

I’m going to give you one final example. This was a deal we closed that perfectly illustrates how everyone can win with an Escrow Holdback.

We had a family, an older husband and wife that had just bought a brand new house. They discovered an apartment building was going up adjacent to their home and decided they didn’t want to live there anymore. They owned their house outright. The house was probably worth $170,000. They had an asking price of  $120,000 which we agreed to. They wanted to immediately buy another home for the $120,000. All they needed was to find their new home and have a little time to move out. We gave them an Escrow Holdback. I held 10,000 back so they had to come up with 15,000 for a downpayment on their new home, which they had. We structured the deal so they had a week after signing on their new home to move into their new place.

I then connected them with one of my realtors who worked with them to find the new house they bought. The realtor found them a new home they loved and I got a referral fee from the realtor. They actually closed on their new home the same day we closed on their former home. Because we used the same title company for both contracts, when they were fully moved out of their old place the title company released the final $10,000. It was such a smooth win/win situation. Everyone was incredibly happy. We used our knowledge and connections to make it incredibly easy for the sellers. We worked with them to become a part of the solution.

Escrow Holdback can provide a major convenience factor that is really attractive.

If you understand how to use this tool and other buyers don’t, it’s a game-changer.

We have purchased property for less money than our competition because we understood how to work Escrow Holdback.

How you structure the Holdback in the contract is important and this is why.

1. Sometimes seller’s will overstay past the agreed upon move out time.

2. Sellers can do something damage to or destroy the house.

3. Sellers can refuse to move out and squat.

We’ve navigated a few ways to solve these potential hiccups.

1. Have them sign a lease for another property you own for zero down, zero cost worked into the sale contract. What this does is work as protection. If they refuse to leave and you have to take them to court, a judge doesn’t tend to look favorably on ejecting people who have been long time owners of property. However, if you have proof that they have agreed to go to and have another address to land at,  it makes it considerably easier to Evict. It’s a built in safety net.

2. Put a dollar amount per day if they overstay in the contract. You can assign an amount per day $300, $1,000, you could even put in if they stay even one day over they forfeit the remainder of the money. I personally like to put an amount where it is painful for them to pay it if they stay, and I don’t mind if they do because it is say $1,000 a day if they do. There can be up to $100-150 a day in holding costs.  If they overstay but I have put the penalty well above that, I am actually making money the longer they take to move out.

3. If you are going to wholesale the deal, make sure the buyer who is lined up to buy the property knows that you have an Escrow deal going on the property. Communicate up front, so everyone is one the same page regarding timelines, especially in the event one of those timelines is not met.

5. Insurance: the minute you sign the contract get insurance on the property even if the seller’s will not be out for a week or two.  If the house burns down in that extra week they have an agreed stay, it is you that has lost your asset. With insurance you are now covered.

In general we hold back as much money as possible so we have a ton of leverage to make sure the seller moves out and the house remains in good condition. We provide them with precisely what they need to move or handle their problem, and hold the rest back contingent on them meeting the specifications of the contact. It’s all about how you structure the deal!

Utilizing Escrow Holdbacks has been huge for us.  It has helped us close on hundreds of contracts beating out the competition. Remember, you can give the seller what they need in a way that no one else can! Work that angle and the deal is yours. 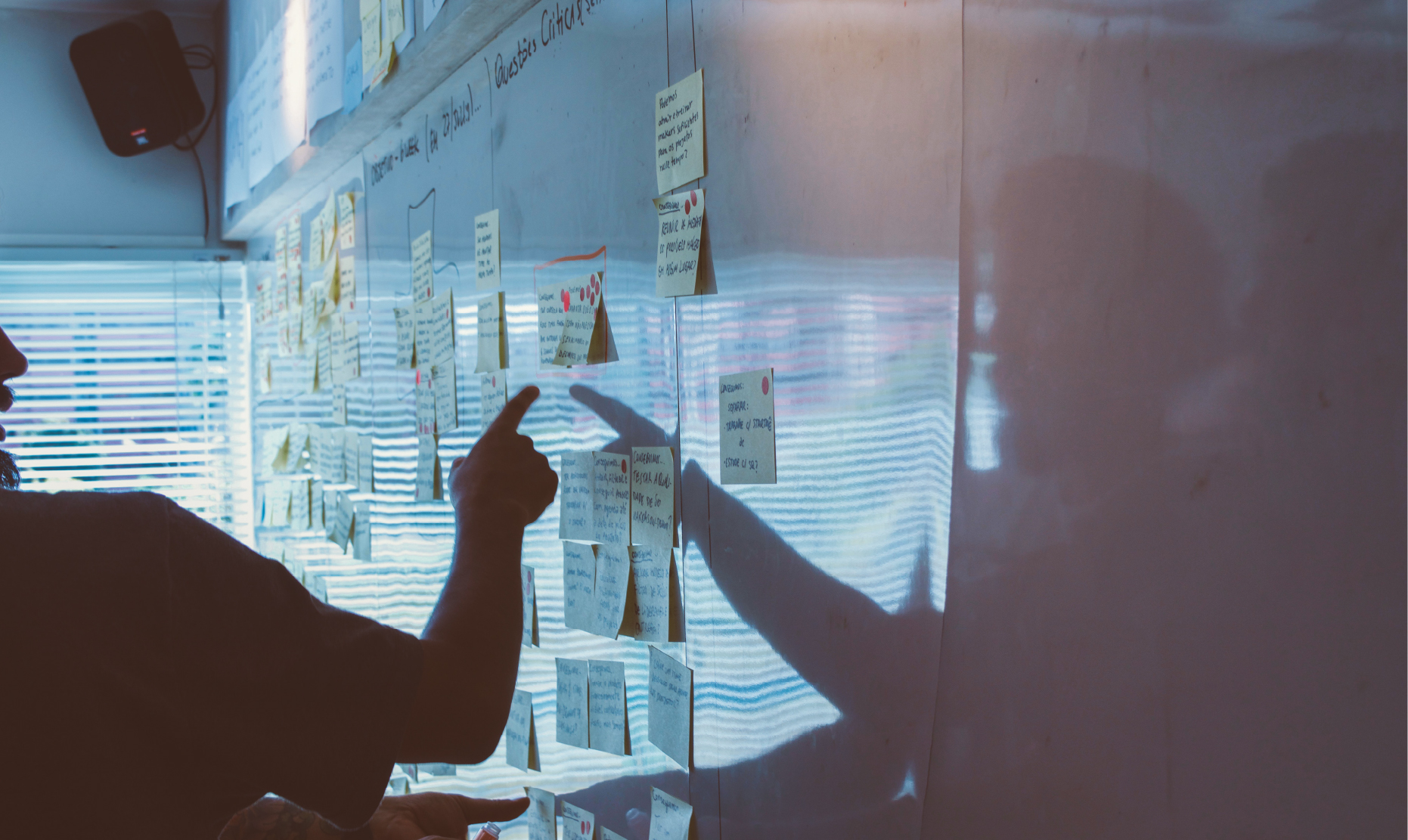 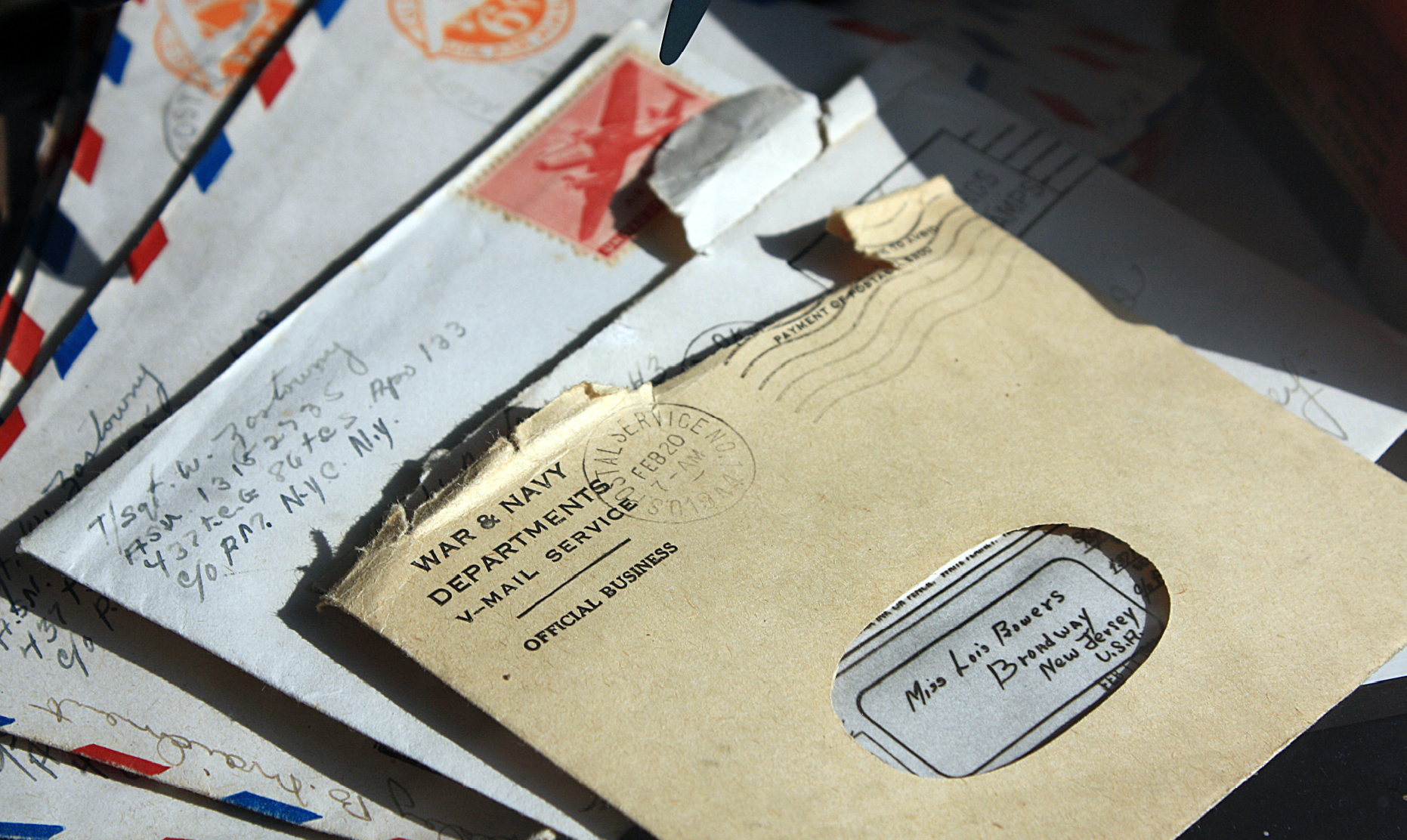 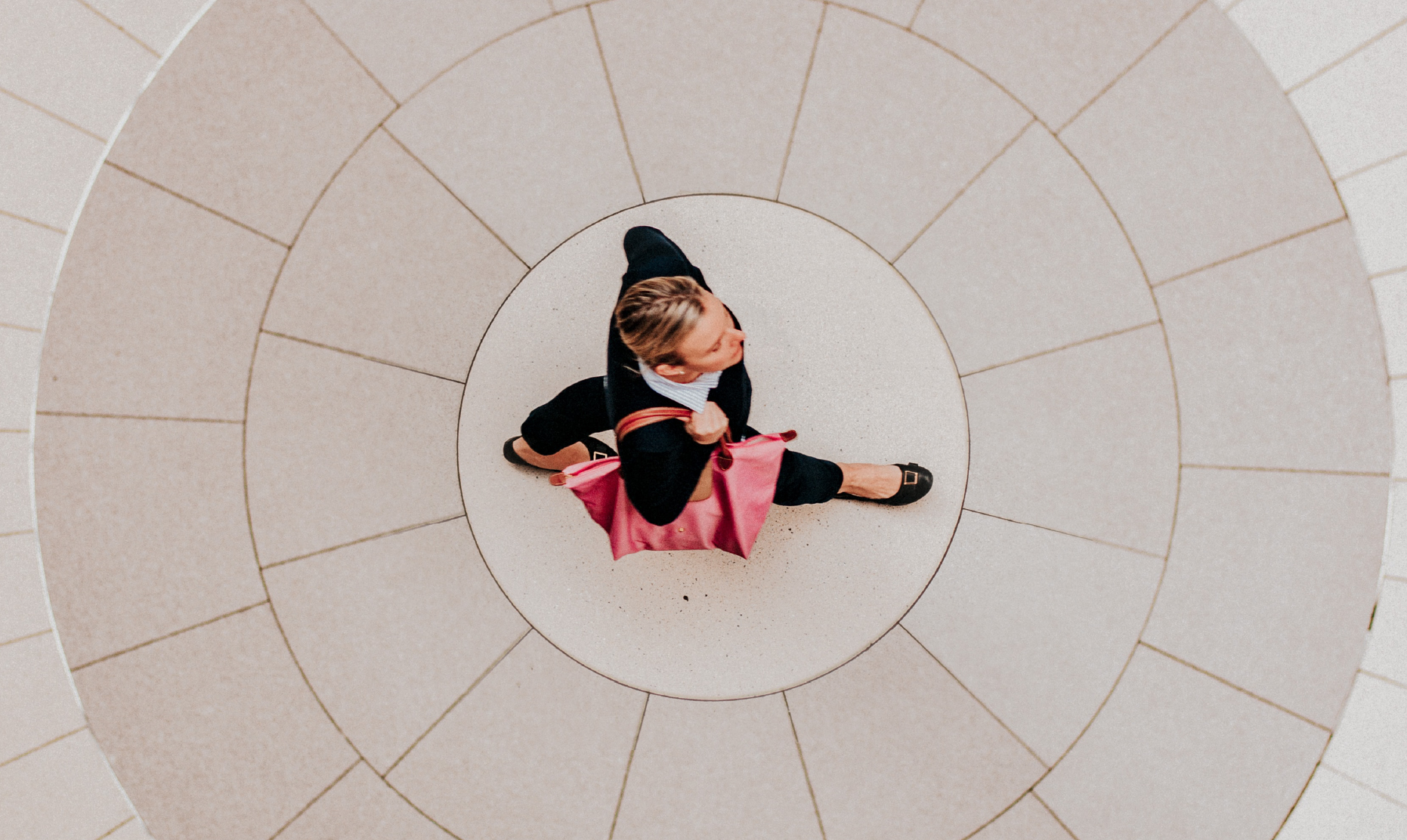 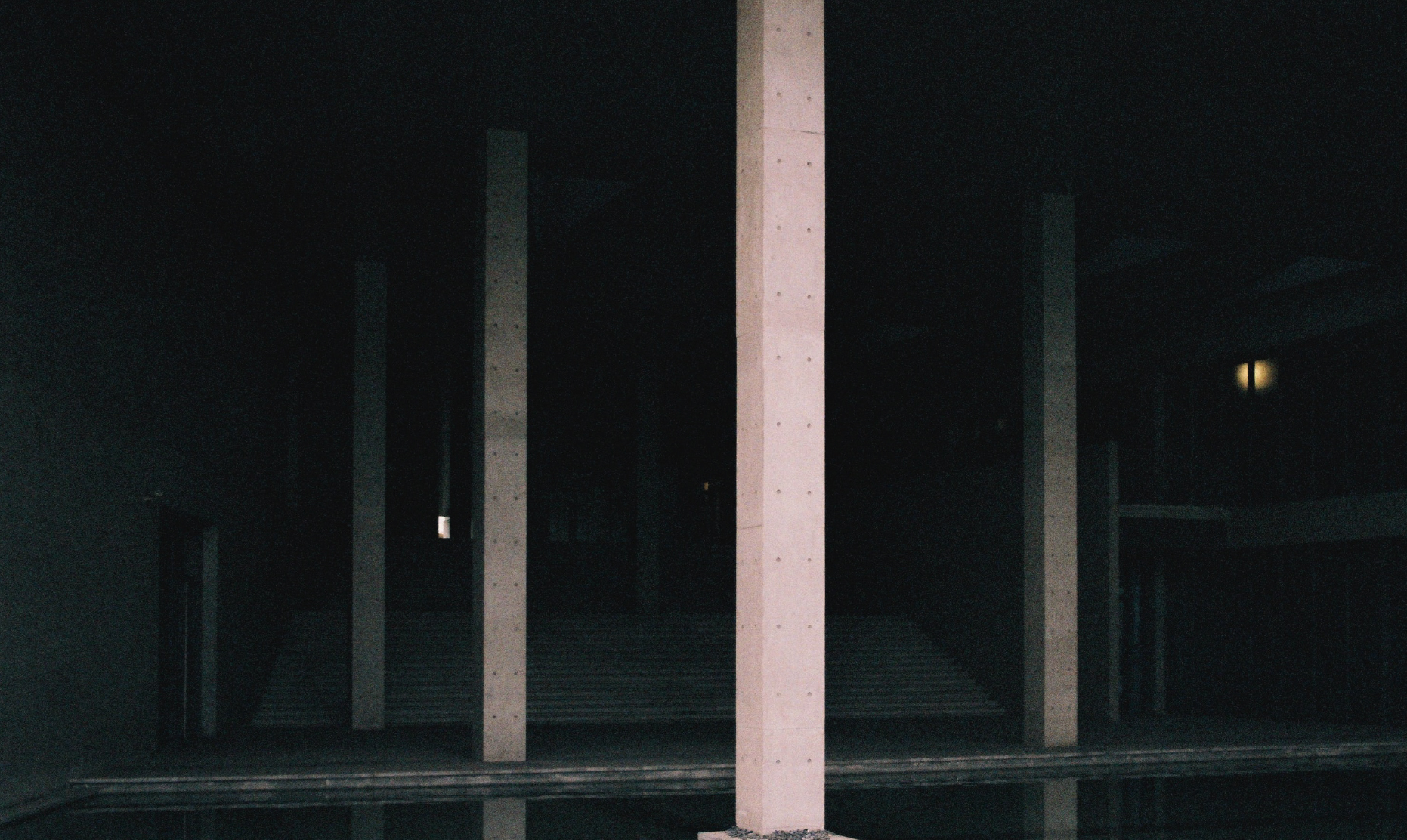